According to Wikipedia, commercial banks are institution that provides services such as accepting deposits, providing business loans, and offering basic investment products. The main function of a commercial bank is to accept deposit from the public for the purpose of lending money to the borrowers. This defination of Commercial banks is not different from what investopedia practically offers, where it describes  commercial banks as a type of financial institution that accepts deposits; offers checking account services; makes business, personal and mortgage loans; and offers basic financial products like certificates of deposit (CDs) and savings accounts to individuals and small businesses.The two most distinctive features of a commercial bank are borrowing and lending, i.e., acceptance of deposits and lending of money to projects to earn Interest

A bank is an institution that is in the business of helping individuals keep their money for safety reasons or for investment purposes. Like other countries in Africa and the world, banks are available in virtually every state in Nigeria.

Without further ado,below are some of the most prominent commercial banks in Nigeria which have played major roles in the development of SMEs

Zenith International Bank Limited was incorporated in the month of May, 1990. The headquarter was situated in Lagos State, Nigeria and the following month (June), the bank received license to begin its banking activities. In the year 2004, the banking institution changed its name to Zenith Bank Plc after the it became a public limited liability company. After its Initial Public Offering (IPO) also in 2004, the company’s shares were listed in the Nigerian Stock Exchange (NSE) as it amassed a lot in returns from the IPO. The shares of the company are now owned by both individuals and institutions across Nigeria.

Zenith Bank Plc has 330 branches as well as 125 cash offices in Nigeria. As at 2012, the ranking of Top 1000 Global Banks by the influential Bankers Magazine placed Zenith as the largest bank in Nigeria and the seventh biggest in Africa.

First Bank of Nigeria is the first major commercial banks in Nigeria. It was established in the year 1894 by Sir Alfred Jones who was a business mogul from Liverpool, England. First Bank of Nigeria Plc started its operations in Lagos state under the name Bank of British West Africa (BBWA). Most commercial banks in Nigeria do their business by collecting money from customers and loan them out to big organizations and multinationals whereas First Bank is the biggest retail loaner in Nigeria. It has created a mini market for a few of its retail customers.

First Bank of Nigeria has auxiliary companies in the United Kingdom (FBN Bank UK), in Paris, as well as in South Africa and China. This is the second best bank in Nigeria.

Guaranteed Trust Bank Plc was incorporated a private limited liability company and was registered by the Central Bank of Nigeria (CBN) in the year 1990. A year later (1991), the institution was approved as a commercial bank and it began operations. In the year 1996, it was listed on the Nigerian Stock Exchange (NSE) and as at 2002, the bank was licensed to perform general banking activities. In the year 2007, Guaranteed Trust Bank turned out to be the first ever Sub-Saharan bank and the first joint stock company to be listed on the London Stock Exchange and Deutsche Bӧrse. The banks Initial Public Offering (IPO) brought them returns worth $750 million. Also in 2007, GTB Plc was able to place Nigeria’s first private Eurobond issue on the international capital market. GTB Plc is a partner of Morgan Stanley and BNP Paribas and has Tier-one capital of $1.478 billion.

Access Bank Plc was issued a license for banking on the 19th of December 1988 by the Central Bank of Nigeria (CBN) and was incorporated as a private commercial bank on the 8th of February, 1989 after which it began its banking operations that same year. On the 24th of March 1998, it became a Public Limited Liability company and on the 18th of November, it was listed on the Nigerian Stock Exchange (NSE). It purchased 75 percent of the shares of the Intercontinental Bank Plc in 2011.

Access Bank Plc has 309 branches in Nigeria as well as the Sub-Saharan Africa and the United Kingdom. The services it offers are in four categories which are; Personal Banking, Business Banking, Commercial and Corporate Banking, and finally Investment Banking.

The United Bank for Africa was founded in the year 1949 and has since been in operation. It has branches in 20 Sub-Saharan countries and some of its representative offices are in France, the United Kingdom and the United States of America. It provides general bank services to over 7 million customers in about 750 branches. United Bank for Africa was formed by a merger of the commercial UBA and the Standard Trust Bank that was focused on retail. In the year 1970, the United Bank for Africa became listed on the Nigerian Stock Exchange (NSE). As at July 2011, UBA assumed the status of a holding company, and in December that same year, the total assets of UBA was valued at $12.3 billion by estimation.

Commercial banks are simply banks  that offers services to the general public and to companies and at the same time accepts demand and time deposits. Commercial banks also makes loans to individuals and interested members of the public, both employers and employees of industries. Notable among the commercial banks as listed above are First Banks, Zenith Banks, GTB Banks and Access Banks.

READ ALSO:
The Role Of Bank In The Development Of Small Scale Industries. 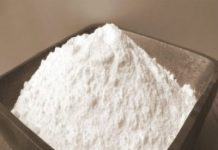