OVERVIEW OF TECHNIQUES FOR MUSHROOM CULTIVATION

Mushroom cultivation was originally an outdoor activity dependent on seasonal conditions. Substrates were prepared and spawned when outside temperatures and humidifier were favorable. This is still the case with many small scale growers of Volvariella volvacea, Stropharia rugoso-annulata and Lentinus eclocies. The Techniques for cultivating mushrooms, regardless of the species, follow the same basic pattern. Whereas two species may differ in temperature requirements, pH preferences or the substrate on which they grow, the steps leading to fruiting are essentially the same.

They can be summarized as follows:

1. Preparation and pouring of agar media into petri dishes.

2. Germination of spores and isolation of pure mushroom mycelium.

7. A. Laying out grain spawn onto trays. or B. Inoculation of grain spawn into bulk substrates.

8. Casing—covering of substrate with a moist mixture of peat and other materials.

With many species moderate crops can be produced on cased grain cultures. Or, the cultivator can go one step further and inoculate compost, straw or wood. In either case, the fruiting of mush- rooms requires a high humidity environment that can be readily controlled. Without proper moisture, mushrooms don’t grow.

With this last step the methods for fruiting various species diverge and techniques specific to each mushroom are individually outlined. A trouble-shooting guide helps cultivators identify and solve problems that are commonly encountered. This is followed by a thorough analysis of the contaminants and pests of mushroom culture and a chapter explaining the nature of mushroom genetics.

In all, the book is a system of knowledge that integrates the various techniques developed by commercial growers worldwide and makes the cultivation of mushrooms at home a practical endeavor

Mushrooms inspire awe in those encountering them. They seem different. Neither plant-like nor animal-like, mushrooms have a texture, appearance and manner of growth all their own. Mush- rooms represent a small branch in the evolution of the fungal kingdom Eumycota and are commonly known as the “fleshy fungi”.

In fact, fungi are non-photosynthetic organisms that evolved from algae. The primary role of fungi in the ecosystem is decomposition, one organism in a succession of microbes that break down dead organic matter. And although tens of thousands of fungi are know, mushrooms constitute only a small fraction, amounting to a few thousand species.

Regardless of the species, several steps are universal to the cultivation of all mushrooms. Not surprisingly, these initial steps directly reflect the life cycle of the mushroom. The role of the culti- vator is to isolate a particular mushroom species from the highly competitive natural world and implant it in an environment that gives the mushroom plant a distinct advantage over competing organisms.

The three major steps in the growing of mushrooms parallel three phases in their life cy- cle.

2. Preparation of inoculum by the expansion of mycelial mass on enriched agar media and then on grain. Implantation of grain spawn into composted and uncomposted substrates or the use of grain as a fruiting substrate.

Having a basic understanding of the mushroom life cycle greatly aids the learning of techniques essential to cultivation. Mushrooms are the fruit of the mushroom plant, the mycelium. A mycelium is a vast network of interconnected cells that permeates the ground and lives perenially.

This resident mycelium only produces fruitbodies, what are commonly called mushrooms, under optimum conditions of tem- perature, humidity and nutrition. For the most part, the parent mycelium has but one recourse for insuring the survival of the species: to release enormous numbers of spores.

This is accomplished through the generation of mushrooms. In the life cycle of the mushroom plant, the fruitbody occurs briefly. The mycelial network can sit dormant for months, sometimes years and may only produce a single flush of mushrooms. Dur- ing those few weeks of fruiting, the mycelium is in a frenzied state of growth, amassing nutrients and forming dense ball-like masses called primorida that eventually enlarge into the towering mush- room structure.

The gills first develop from the tissue on the underside of the cap, appearing as folds, then becoming blunt ridges and eventually extending into flat, vertically aligned plates. These efficiently arranged symmetrical gills are populated with spore producing cells called basidia. From a structural point of view, the mushroom is an efficient reproductive body.

The cap acts as a domed shield protecting the underlying gills from the damaging effects of rain, wind and sun. Covering the gills in many species is a well developed layer of tissue called the partial veil which extends from the cap margin to the stem. Spores start falling from the gills just before the partial veil tears.

After the partial veil has fallen, spores are projected from the gills in ever increasing numbers.

The cap is supported by a pillar-like stem that elevates the gills above ground where the spores can be carried off by the slightest wind currents. Clearly, every part of the mushroom fruitbody is de- signed to give the spores the best opportunity to mature and spread in an external environment that is often harsh and drastically fluctuating. As the mushroom matures, spore production slows and eventually stops. At this time mush- rooms are in their last hours of life. Soon decay from bacteria and other fungi sets in, reducing the once majestic mushroom into a soggy mass of fetid tissue that melts into the ground from which it sprung.

Cultivating mushrooms is one of the best ways to observe the entirety of the Mushroom Life Cycle. The life cycle first starts with a spore which produces a primary mycelium. When the myce- hum originating from Iwo spores mates, a secondary mycelium is produced. This mycelium con- tinues to grow vegetatively.

When vegetative mycelium has matured, its cells are capable of a phenomenal rate of reproduction which culminates in the erection of mushroom fruitbody. This represents the last functional change and it has become, in effect, tertiary mycehium.

These types of mycehia represent the three major phases in the progression of the mushroom life cycle. Most mushrooms produce spores that are uninucleate and genetically haploid (1 N). This means each spore contains one nucleus and has half the complement of chromosomes for the species. Thus spores have a “sex” in that each has to mate with mycehia from another spore type to be fertile for producing offspring. When spores are first released they are fully inflated “moist” cells that can easily germinate.

Soon they dehydrate, collapsing at their centers and in this phase they can sit dormant through long periods of dry weather or severe drought. When weather conditions provide a sufficiently moist environment, the spores rehydrate and fully inflate. Only then is germination possible. Spores within an individual species are fairly constant in their shape and structure.

However, many mushroom species differ remarkably in their spore types. Some are smooth and lemon shaped (in the genus Copelandia, for instance); many are ellipsoid (as in the genus Psilocybe); while others are highly ornamented and irregularly shaped (such as those in Lactarius or Entoloma).

A feature common to the spores of many mushrooms, particularly the psilocybian species, is the formation of an apical germ pore. The germ pore, a circular depression at one end of the spore, is the site of germination from which a haploid strand of mycelium called a hypha emanates. This hypha continues to grow, branches and becomes a mycelial network.

Inoculation of Grain from Grain Masters in Mushroom cultivation

Once fully colonized, these grain masters are now used for the further production of grain spawn in quart or ½ gallon containers. Masters must be transferred within a few days of their full col- onization; otherwise the myceliated kernels do not break apart easily.

A step by step description of the grain-to-grain transfer technique follows.

1. Carefully scrutinize each jar for any signs of contamination. Look for such abnormalities as: heavy growth; regions of sparse, inhibited growth; slimy or wet looking kernels (an indica- tion of bacteria); exploded kernels with pallid, irregular margins; and any unusual colora- tions. If in doubt lift the lid and smell the spawn—a sour “rotten apple” or otherwise pun- gent odor is usually an indication of contamination by bacteria.

Jars having this scent should be discarded. (Sometimes spawn partially contaminated with bacteria can be cased and fruited). Do NOT use any jar with a suspect appearance for subsequent inoculations.

2. After choosing the best looking spawn masters, break up the grain in each jar by shaking the jars against a tire or slamming them against the palm of hand. The grain should break easily into individual kernels. ‘Shake as many masters as needed knowing that each jar can amply inoculate ten to twelve quart jars or seven to nine half gallon jars.

Once completed, SET THE SPAWN JARS ON A SEPARATE SHELF AND WAIT TWELVE TO TWENTY-FOUR HOURS BEFORE USING. This waiting period is important because some of the spawn may not recover, suffering usually from bacterial contamination. Had these jars been used, the contamination rate would have been multiplied by a factor of ten.

3. Inspect the jars again for signs of contamination. After twelve to twenty-four hours, the my- celium shows signs of renewed growth.

4. If the masters had been shaken the night before, the inoculations can begin the following morning or as soon as the receiving jars (G-2) have cooled. Again, wash the lab, be person- ally clean and wear newly laundered clothes.

Place 10 sterilized grain-filled jars on the work-bench in the sterile room. Loosen each of the lids so they can be removed with one hand. Gently shake the master jar until the grain spawn separates into individual kernels. Hold the master in your preferred hand. Re- move the master’s lid and then with the other hand open the first jar to be inoculated.

With a rolling of the wrist, pour one tenth of the master’s contents into the first jar, replace its lid and continue to the second, third, fourth jars, until the set is completed. When this first sef is done, firmly secure the lids. Replace the lid on the now empty spawn master jar and put it aside. Take each newly inoculated jar, and with a combination of rolling and shaking, dis- tribute the mycelium covered kernels evenly throughout.

5. Incubate at the temperature appropriate for the species being cultivated. In a week the mycelium should totally permeate the grain. Designated G-2, these jars can be used for further inoculations, as spawn for the inoculation of bulk substrates, or as a fruiting medium

READ ALSO:TOP TEN ANIMALS YOU HAVE NEVER SEE IN YOUR LIFE

Finally, Not all mushroom species have basidia that produce four haploid spores. Agaricus brunnescens (= Agaricus bisporus), the common button mushroom, has basidia with two diploid (2N) spores. This means each spore can evolve into a mycelium that is fully capable of producing mushrooms. Agaricus brunnescens is one example of a diploid bipolar species. Some Copelandian Panaeoli (the strongly bluing species in the genus Panaeolus) are two spored and have mating properties similar to Agaricus brunnescens.

Other mushrooom species have exclusively three spored basidia; some have five spored basidia; and a few, like the common Chantarelle, have as many as eight spores per basidium! An awareness of the life cycle will greatly aid beginning cultivators in their initial attempts to cultivate mushrooms. Once a basic understanding of mushroom culture and the life processes of these organisms is achieved, cultivators can progress to more advanced subjects like genetics, strain selection and breeding.

This wholistic approach increases the depth of one’s understanding and facilitates development of innovative approaches to mushroom cultivation. 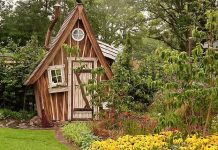