Micromax has been hibernating for the better part of 2018 but is now set to make a comeback with its new Infinity ‘N’ series of smartphones. With the Infinity N11 and Infinity N12, Micromax has tried to catch up with all the buzzwords of 2018. Both new Micromax smartphones feature notches, minimal borders around their displays, and AI- powered enhancements.

Other highlights of Infinity N11 and Infinity N12 include dual rear cameras, 4,000mAh batteries, and Android 8.1 Oreo out of the box. 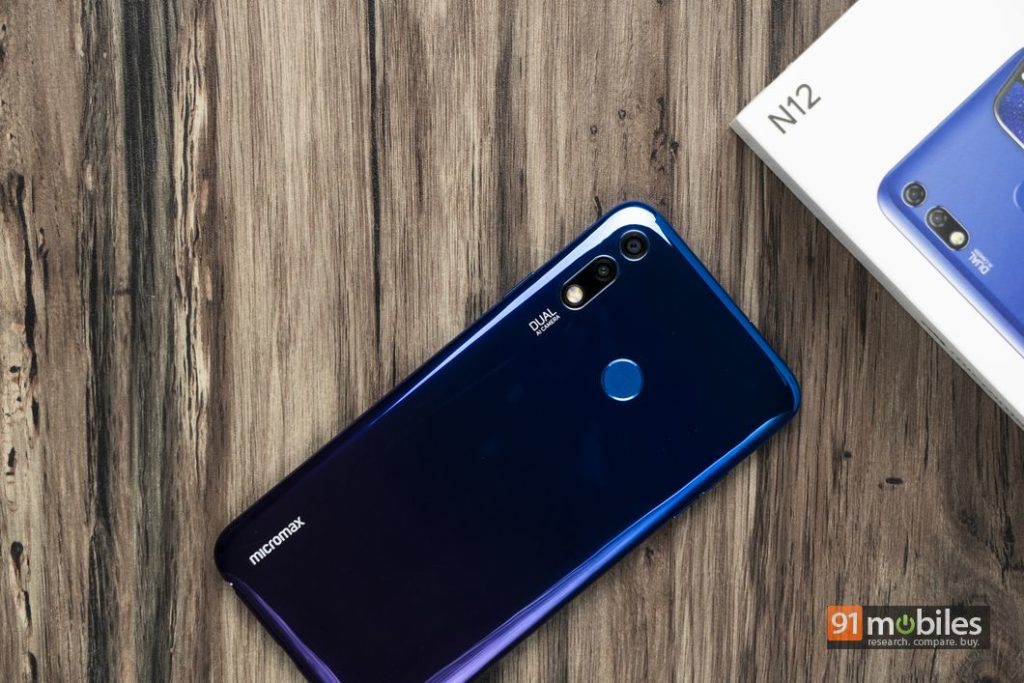 The dual-SIM (Nano) Micromax Infinity N11 and Infinity N12 both run Android 8.1 Oreo and are upgradable to Android Pie. Micromax has also notably promised that it will roll out the Pie update in the next 45 days. Both smartphones also feature a 6.19-inch HD+ (720×1500 pixels) display along with an 18.9:9 aspect ratio. its powered by MediaTek Helio P22 SoC clocked at 2GHz.

Micromax has provided 2GB of RAM on the Infinity N11, while the Infinity N12 has 3GB of RAM. Despite having different RAM configurations, both Micromax phones have 32GB of onboard storage that is expandable via microSD card.

In terms of connectivity, the Micromax Infinity N11 and Infinity N12 both have 4G VoLTE, Wi-Fi, GPS/ A-GPS, Micro-USB, and a 3.5mm headphone jack. Onboard sensors include an accelerometer, ambient light, gyroscope, and a proximity sensor. The smartphones also flaunt a rear-facing fingerprint sensor and come preloaded with a Face Unlock feature. Besides, both pack a 4,000mAh battery.

Honestly, Comebacks seems to be extremely tough to pull off, but Micromax’s co-founder has reportedly informed Gadgets 360 that the company is still in it for the long haul. With the Infinity N11 and Infinity N12, Micromax seems to have caught up with the competition on paper, but neither phone really stands out and there’s no USP for the brand.

Vertically, the Competition is already hot in the sub-Rs. 10,000 space thanks to capable smartphones from the likes of Asus, Realme, Honor, and Xiaomi, so Micromax definitely has its work cut out for it.