5 Benefits of Combining Blockchain and AI

There is no denying the fact that data remains in abundance in the digital world out there. This results in the hoarding of the overall consumer data which would emanate from platforms like Facebook, Google, Instagram, and others. In the current era, AI (Artificial Intelligence) platforms offer the power to the organizations that are aimed at processing bulk amounts of data. With high-end sensors that are embedded in connected devices and vehicles across the IoT (Internet of Things), there is a significant rise in the overall consumer data that are generated by the connected devices and stored in the respective databases.

One of the biggest reasons for the overall revolution in the AI (Artificial Intelligence) technology is the overall advancements in the field of big data. With the latest advancements in the field of big data, the businesses out there are allowed to streamline a significant amount of data into respective structured components that can be processed by the computer systems seamlessly. Another technology having the potential to revolutionize and transform the AI technology is the Blockchain technology. The Blockchain technology extends its applications to multiple industries including business logistics, healthcare, advertising, and others. Here you can read how to build your own blockchain and see the examples of using this technology.

Integration of the Blockchain Technology and the Artificial Intelligence (AI) Technology 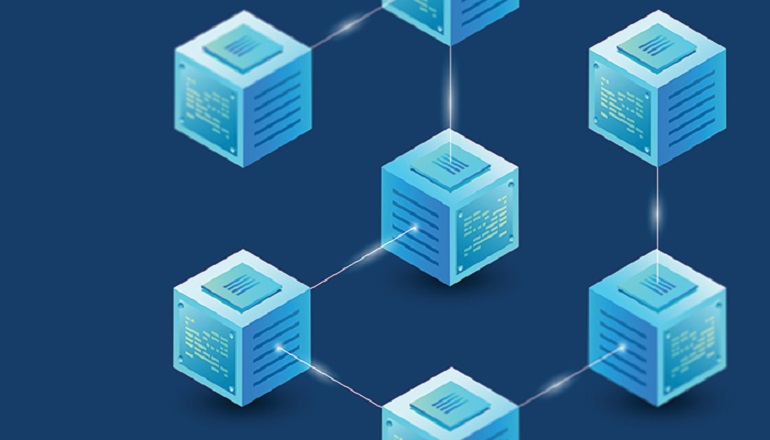 Indeed, the data that is being entered into such systems are highly personal. As such, the organizations or system need to ensure the overall security and transparency of the data. In such a scenario, the Blockchain databases are able to hold the respective information in the encrypted form. This implies that the data remains in the safe state – even during the transaction. There are many cases of using blockchain that made companies stronger. At the same time, AI (Artificial Intelligence) is aimed at building effective algorithms that are capable of working over the available data while it remains in the encrypted state.

2. Blockchain Helping in Tracking & Understanding Decisions Made by AI: The decisions or algorithms that are made by the AI (Artificial Intelligence) technology might be hard for humans to understand at times. This is because the algorithms are capable of assessing a large spectrum of variables that are independent of each other. At times, it becomes vital for the humans to audit the given algorithms or AI-based decisions accurately. As such, the huge amount of data that might be needed for the given task turns out to be a hectic task.

When the decisions or variables are recorded on the Blockchain – on the basis of individual data points, it becomes far simpler for auditing them. In addition to this, it also offers the assurance that the given record has not been tampered with between the start of the auditing and storing the information. Recording the major decision-making processes on the respective blockchains can be a major step towards achieving a high level of transparency as well as an effective insight into the robotic minds.

3.AI Managing Blockchains Effectively: Artificial Intelligence is hailed to be an important step towards making the computer system more intelligent. A machine learning-powered AI-based mining algorithm can tackle the job of automating the computer-based technologies – once it is provided the right data.

Indeed, AI & Blockchain are major technological trends that serve groundbreaking in their own aspects – having the potential of becoming highly revolutionary when combined or integrated together. Both the technologies have the capabilities of enhancing each other’s applications, while also enhancing the overall opportunities for improved accountability.

4.Better Security: These days most of the businesses out there require enhanced security while dealing with personal financial transactions having a higher value on the given Blockchain network. This can be achieved by making use of the existing protocols. With respect to Artificial Intelligence, the overall autonomous nature & applications of the machines require a higher level of security for the reduction in the rare occurrences of any major issue.

5.Open Market for Data: With rapid advancements in the Artificial Intelligence technology, it is observed that the technology relies on the overall availability of data from a large number of sources. However, even after several high-end giants like Google, Amazon, Facebook, and others tend to have a large volume of data that can prove highly beneficial for several AI processes, the data is still not accessible to the individuals present in the market.

With the help of the revolutionary Blockchain technology, the end users are able to tackle the issue easily through the implementation of the peer-to-peer connection. As it is an open, distributed registry, the entire data can be accessed easily by all the individuals present on the network.

There are several challenges, yet immense benefits of the overall integration of the Blockchain & AI technologies. With the unison of the highly progressive technologies, the overall conduct of the business can be revolutionized seamlessly. Blockchain along with AI offers reliable information sources to the governments, businesses, retailers, non-profit organizations, financial institutions, education & health organizations, enabling better informed decision making.