Current Exchange Rate for pound to rand and Rand to Pound

Here are the exchange rates for pound to rand. The figures range from 1 to 5000. Also note that we are using the current exchange rate for today being the 20th Feb. 2019 which states that 1 Pound sterling equals 18.36 South African Rand.

Rand is a South African monetary currency introduced in the then Union of South Africa on 14 February 1961, just before the now Republic of South Africa was brought in. As a move to consolidate the use of the South African currency and the abolish of pounds, shillings, and pence in South Africa, a certain body called the Decimal Coinage Commission had to be formulated in 1956 to consider a move away from the foreign denominations. The Decimal Coinage Commission did the submission on 8 August 1958. It replaced the South African pound as legal tender, at the rate of 2 Rand to 1 pound, or 10 shillings to the Rand. As at that time, it was difficult for the government of South Africa to inform the public about the new development, hence the introduction and establishment of the mascot, Decimal Dan, “the Rand-cent man” which was notably known to people as Daan Desimaal to the people of Africa, accompanied by a radio jingle, to inform the public about the new currency. 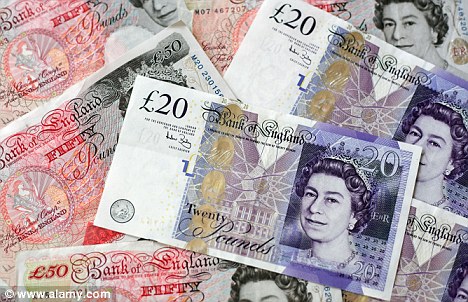 In 1961, when the introduction of rand to South Africa, one Rand was worth US$1.40, not until late 1971 where changes in the exchange rates market begun to fluctuate. The fluctuation was as a result of the various exchange rate dispensations which were implemented by the South African authorities.

As it is known that the causes of currency deflation could be caused by so many external and internal factors in a country. South Africa suffered same as the currency value deflated in the exchange rate market due to high inflation and mounting political pressure combined with sanctions placed against the country due to international opposition to the apartheid system. This value erosion in the South African currency started in the early 1980s. The currency broke above parity with the dollar for the first time in March 1982, and continued to trade between R 1 and R 1.30 to the dollar until June 1984, when depreciation of the currency gained momentum. By February 1985, it was trading at over R 2 per dollar, and in July that year, all foreign exchange trading was suspended for three days to try to stop the depreciation.

Till now, South Africa has been in the trail of currency value depreciation. But in the late 2012, a stalled mining industry led to new lows in early 2013. In late January 2014, the Rand slid to R11.25 to the dollar, with analysts attributing the shift to “word from the US Federal Reserve that it would trim back stimulus spending, which led to a massive sell-off in emerging economies”. In the history of currency exchange rate in South Africa, the worst year against the US dollar South Africa has ever had is 2014 which started since 2009. Again, in March 2015, South Africa experienced the worst epidemic in the exchange rate market since 2002. Here is what the Trading Economics recorded between 1972 and 2015; the Rand “averaged R4.97 to the dollar reaching an all time high of R12.45 in December of 2001 and a record low of R0.67 in June of 1973. Due to South Africa’s consistent trade account deficit with the rest of the world, the South African Rand must have been weakened to R 15.05 per dollar at the end of 2014.

But the good news as at period, South Africa had foreign exchange reserves increased from $3 billion to nearly $50 billion creating a diversified economy with a growing and sizable middle class, within two decades of ending apartheid. South Africa state owned enterprises has owned a share in around 700 SOEs involved in a wide array of important industries, playing a major important role in amending the country’s economy. South Africa is among the G-20 group and the top is that it’s the only African member of the G-20 group. As at 2016, South Africa became the strongest in terms of sufficient government bureaucracy, free labor regulations, excess of skilled workers, political stability, and less corruption environment, whilst the country’s strong banking sector was also rated as a strongly positive feature of the economy.

It is no more a surprising thing to the world that mining is the major driving force behind the stabled economy of South Africa. This all started when diamond was discovered on the banks of the Orange River in 1867 by Erasmus Jacobs and the subsequent discovery and exploitation of the Kimberley pipes a few years later, and now the mining of diamond and other major resources are done in large scale. Most Gold were discovered to have rushed to some areas like the Pilgrim’s Rest and Barberton, where there were known to be precursors to be the biggest discovery of all time in the history of South Africa, the Main Reef/Main Reef Leader on Gerhardus Oosthuizen’s farm Langlaagte, Portion C, in 1886, the Witwatersrand Gold Rush and the subsequent rapid development of the gold field there, the biggest of them all.

Again, South Africa is known and recorded as one of the world’s leading mining and mineral-processing countries. To prove this fact, it is also recorded that the mining sector accounts for up to 9% of value added.

Interesting Facts about the Rand and Pound

Practically all new and old Investors are seen selling the South African unit ahead of the country’s annual fiscal statement as uncertainty over the state of the national utility supplier Eskom, as well as the possible introduction of new laws on land reform, weigh on…

Top Cryptocurrencies to Buy now in 2019 before 2020 Approaches

Benefits Of E-Currencies Exchangers In Nigeria