The Nigerian Currency From Origin To Date

Nigerian Currency–Originally, trading in Nigeria before the establishment of currencies in the country was done through Trade by Barter, that is the exchange of goods for goods. Common things exchanged include the Cowries, Agricultural products, clothes and services. But when the colonial masters came, things changed in Nigeria. Wẹ started using the Shillings and then later we switched to the Pounds and then later the Kobo coins and then the Naira banknotes.

The Federal Republic of Nigeria is a country located in West Africa with over 200 million people living in it. Nigeria has a large economy being one of the largest in Africa and this is partly thanks to the huge population. Nigeria’s official currency is the Naira. Nigerian Naira goes by the symbol ₦. And the code is NGN. The Nigerian Naira is divided into 100 Kobo. The Naira is available in Banknotes but it used to be available in coins before coins got scrapped. The coins included 50 Kobo, One Naira and 2 Naira. But the available Naira is the Bank notes which are in circulation right now. We have the 5 Naira, 10 Naira, 20 Naira, 50 Naira, 100 Naira, 200 Naira, 500 Naira and 1000 Naira. Each note has unique physical looks and appearances with pictures of different national heroes printed on the notes. The Naira is issued by the Central Bank of Nigeria located at Nigeria ‘s Federal Capital Territory at Abuja. The Nigerian Security Printing and Minting Company Limited is in charge of printing Nigerian Naira Banknotes and the Minting of Nigerian coins. Naira is the official legal tender used all across Nigeria.

So, let’s take a look at the brief history of the Nigerian Currency and  Naira to be precise. Shall we?

Naira was first introduced to the public on the first day in January 1973. Before then, The Pound, the currency of the colonial masters was widely used at the time. It was 2 Naira equal to 1 Pound. Do you know that the name of the Nigerian coin, Kobo is derived from the local common pronunciation of Copper? Copper was what the Nigerian coins were made from. Also, the name “Naira” is a simply a contraction of the name Nigeria. In 1973, the coins introduced were ½ Kobo, 1 kobo, 5 Kobo, 10 Kobo and 25 kobo. The 1/2 Kobo and 1 Kobo were minted in Bronze while the other higher coin denominations were minted in Cupro-nickel. The ½ Kobo up to the 25 Kobo coins were withdrawn from circulation in February 2007.

In 1973, the Banknotes introduced were the 50 Kobo Banknote, 1 Naira Banknote, 5, 10 and 20 Naira notes. The 50 Kobo Banknote stopped being issued in 1989. By 1991, the 50 Naira notes started being issued. Then the 100 Naira notes were issued in 1999, then the 200 Naira note was introduced in the year 2000, then the ₦500 note was introduced in 2001 and the 1000 Naira notes in October, 2005. The first polymer banknotes released was the 20 Naira notes in 2007 while the ₦5 Naira notes up to the 50 Naira notes were released in polymer in 2009 under the tenure of Sanusi Lamido Sanusi. In 2012, the CBN was contemplating on introducing the 5000 Naira banknotes into the country but the decision was never made. They also planned to change the 5 Naira up to the 50 Naira notes into coins at the time but they never acted on this. Due to cost and environmental preservation considerations, the Central Bank of Nigeria in 2014 said they will stop the production of polymer banknotes. In 2014, CBN released new 100 Naira notes to celebrate Nigeria’s 100 years in existence since 1914 to 2014. The 100 Naira banknotes was redesigned to include the Green- White- Green colour theme and to promote the “One Nigeria” initiative.

1. Import and Export Rates.
The more a nation exports, the stronger their currency. The more a nation imports, the weaker their currency. The value of the Naira and Nigerian currency by extension has depreciated over the recent years due to high importation of goods to Nigeria. This has caused high exchange rates between the Naira and Popular world currencies.

The Level of Nigerian currency can greatly be affected by oil price fluctuation.Since Nigeria’s main source of income and federal revenue is oil and Petroleum products, it means that if the price of Oil and Petroleum products falls, the economy and currency are at risk of collapsing. Recently, there has been an unfortunate drop in oil prices globally. This has caused the Nigerian Naira to drop in value and the currency’s exchange rates to get higher.

Sending of funds to students studying abroad has increased over the years in Nigeria as most elite Nigerians don’t trust the educational system in Nigeria and this has consequently impacted our currency value. This means that more money is leaving the country day by day, and this makes the Naira depreciate unfortunately.

What are the faces on the Nigerian  Currency–The bank notes? 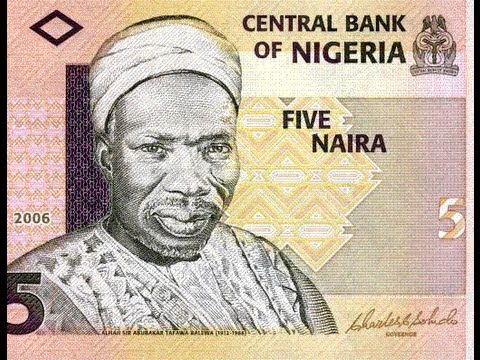 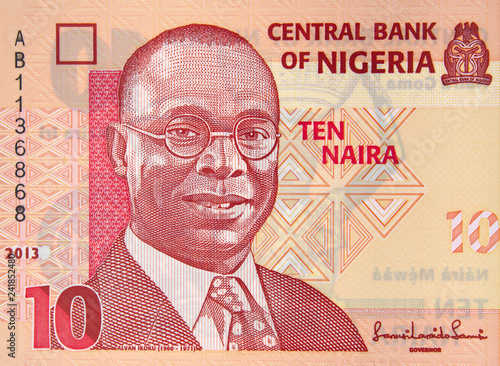 4. ₦50- Picture Of Nigerian citizens of the four major tribes.

So, we believe we have given you enough information about the Nigerian Naira which is the Nigerian official currency. We hope you enjoyed this article and that you learnt a lot from it.