A Snapshot of PC Gaming through the Years

PC gaming has really come a long way; it’s a product of many years, if not decades, of innovation to provide the simulation and environment perfect for game play. It’s an escape to a fantastic world rendered realistic by top-notch video and audio qualities offered by your ever-reliable and buildable personal computer.

The 1980s saw critical changes that shaped the world today. One such key development is the rise of personal computers. It was in 1981 when the IBM Personal Computer came to the picture and offered gaming among its features.

To be fair, personal computers and computer gaming have predated IBM PC, which was primarily used back then for office and business work. Some companies came up with their compatible versions or clones of the IBM computer, and other parts of the world also have their machines. Whatever the case, people eventually got their computers for home/work use that these became a household object by the 1990s.

Developers responded to demands for computer games, producing titles for home computers such as Wolfenstein, King’s Quest, Tetris, and Final Fantasy. It wasn’t, however, all roses for the PC-gaming market with competition from 8-bit consoles like NES, which has enjoyed a recent resurgence, by the way.

The PC gaming industry is worth billions of dollars and expected to expand years from now. China is projected to lead the future growth in line with its market share of more than 50 percent of the global revenue for online PC games.

What’s more, PC games are not exclusive to desktop computers per se. Some of these games are available on other platforms, like consoles, smartphones, tablets, or similar electronic devices.

This somehow broadens the definition and reach of computer games and, more importantly, reflects the ever-changing nature of the industry and its parts. How do you describe video games? For now, it means live streaming and rapid digital delivery dominate, as Cnet.com notes. 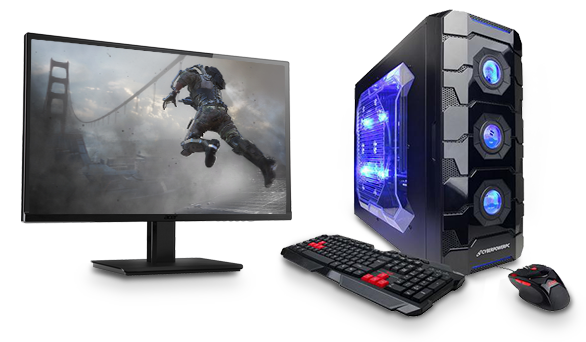 Nostalgia plays a good part in legacy games that you can enjoy on your PC and think of the times when life is simple. But with the passage of time and the fancy and stunning work that video-game developers put into their products, it would be a pity to pass the opportunity to play.

And the best environment for video games is still a personal computer. It has matched the evolution of games to support their sophisticated interface, digital distribution, and need for internet connectivity. These should be enough proof:

Gaming rigs have thus emerged for this very purpose, offering the total experience. PCs have always been a scalable option for gamers because you can build a custom gaming desktop. As it is, gamer PCs are pricier than their usual counterparts are because of their essential components.

It’s up to you to upgrade your existing unit and buy the components separately or as you go, seeing to it that the parts are compatible with the overall configuration. You can also go for builder PCs that let you select each piece of hardware and software that goes into the unit. This way, you have control over your equipment and get the whole thing at once.

A gaming PC means hours of gameplay and lots of choices for games. And because this type of computers is faster and more efficient, they are suitable for most, if not all, computing tasks.

VR Arcade – Game Changer in the World of Gaming