Battery power is one thing that smartphone buyers care about so much and this is true when you think of Energizer phones. Who knows? One day, you could be out in the fields and be delayed for almost a day without the opportunity to charge, or you could be travelling a long distance during which the privilege to charge your phone may not be available. Some Energizer smartphones make fans proud at the power department. They are not many that have been released in 2019. Let’s take a look at five of these.

The Max P18K Pop edition as well as others reviewed below have been released in 2019. The battery power is a whopping 18000 mAh and people often compare the phone as having five batteries in one. We can’t tell you just how much this kind of battery will carry you but you know that it can really carry far. Worth mentioning also is the System on Chip (SoC) which is the latest MediaTek Helio P70 which was released after the P60. Many smartphone manufacturers are making use of the latest P70. Want to buy it? The official price is $289.99.

Now, this Hardcase H570S comes as two variants smartphone but I like you to have in mind the higher selling version as you read this review. This smartphone arrived with Li-Po 6500 mAh strong battery that can provide backup for more than two days. This don’t count when your smartphone has lived for more than a year. The higher priced version of this mobile device sells for $159 while the other sells for less than $100.

This one was almost forgotten and had to be infused in this article. People love it most for its 6GB of RAM and the internal storage is 64GB which avails the user with massive space for use. However, it is good to note that the phone is 5800 mAh Li-Po at the battery department. Even at the high level of space and moderate cameras, this phone sells for $279.

How to Send and Receive Fax Online for Free 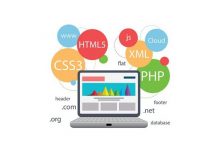 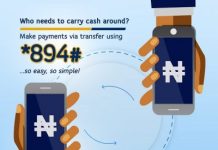