Big Brother Nigeria Show: Everything you Need to Know About BBNAIJA

#BBNAIJA-According to the Chief Executive Officer of MultiChoice Nigeria, Mr John Ugbe, he disclosed on Sunday, June 23, 2019 that the winner of the new season of the reality show will be given N60m worth of prizes.
It might interest you to know that the the winner of the first Big Brother Naija show was Katung Aduwak  who is now a proud father. He was awarded with 100,000 dollars cash prize. To add to the list of past winners was Efe, he won the BBNAIJA Show in 2018.
Big Brother Naija: Housemate, Efe secured 57.61 per cent of votes to emerge winner of the 2017 Big Brother Naija. 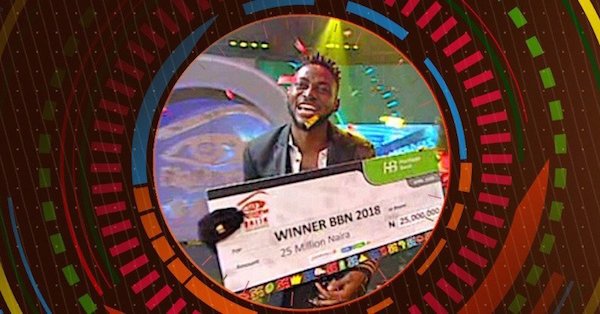 Further more, Miracle Ikechukwu Igbokwe was the winner of  the 2018 Big brother Naija Reality TV Show/ season. He is currently a decorated Pilot and was awarded with a cash prize of 25Million Naira .Miracle, floored other finalists, Tobi, Alex, Nina and Cee-c to win N45m and other juicy rewards.

The show takes place in an isolated area where all the qualified contestants from different part of the country compete for prizes such as a Brand New SUV, abroad trips, brand ambassador, 25 Million Naira cash price and above all the position of becoming a celebrity.

The show lasts for the period of 3months and all qualify contestant otherwise known as the Housemate contest against each other bringing jokes, drama, entertainment and a lot of fun to their fans as they strive to become the winner at the end of the program.

The viewer’s play a major part in the show, they have the power to evict or retain a housemate from the program with their votes at every end of the week.

How to become a Participant of Big Brother Nigeria Show

There is always an audition held a month before the show, anybody who is willing to be the next big brother Nigeria is expected to attend the audition show. This year 2019 the audition was held in 6 cities in Nigeria.

The audition is free and to qualify, to the big brother Naija show you need to have a valid international passport and must be 18 years and above.

On the opening of the show qualify candidate is announced and will make their way into the big brother house.

Where to watch Big Brother Naija

The show was first aired on Dstv Chanel 37. Multichoice being the broadcasting corporation of the Big Brother Naija show latter dedicated DSTV Channel 198 and GotV channel 27 as the permanent channel for the show and since then the show has always been watching on these channels.

When was the Big Brother Naija Show come to live?

Terms used in the Big Brother House and their Meaning

During the show, each housemate will have a chance to nominate two housemates for possible eviction at the beginning of the week.

Head of the House responsibilities:

At the beginning of the week, all the housemates will be engaged in a special task tagged “Head of the House Task”. The winner of the task will be the head of all the housemates for the week and will have the power to receive a message from Big Brother and read it to the other housemates, Immunity for eviction for that week, and some other rewards.

There is also an interesting weekly Arena Game which all the housemate have the opportunity to show their various skills and expertise in the different type of games and task, winners of this games will be rewarded with different types of gifts.

Being in a Big Brother Naija house, you are bound to follow all the rules and regulation set by the Big Brother Himself, failure to abide by these rules will see the housemate receive a strike warning or worst, face eviction from the house depending on the degree of the rules broken. Kemen, a housemate of 2017 season was evicted for breaking one of these rules. (Sexual Assault). Remember 3 warning strikes for housemates is an eviction.

Below are some of the rules :

Sexual Assault: housemates cannot sexually assault other housemates, abuse, insults, foul words, offensive words, criminals acts, illegal activities, direct communication to the viewers unless allowed, direct /indirect advertisement, etc. All these rules will be made known to the housemates upon entering the house.

Rewards and Penalties in the Big Brother Houses

Apart from getting penalized from breaking rules, housemates can also get penalized from not completing a task set by big brother, this types of penalizations are applicable to all housemates or those who participate in the task.

These are all we think you should know about the Big Brother Naija show and we hope this post certify your need-to-know about the show. However, if you have any further questions or you are not clear with something, you can discuss them with us by using the comment box below. Thanks, we hope you share this post on your Social media platform.

How to Register and Apply for 2020 Big Brother Naija Audition