A political activist and former Deputy National Publicity Secretary of the All Progressives Congress (APC), Comrade Timi Frank, has described the judiciary as Nigeria’s major problem, adding that most judges are now shy and afraid of delivering fair judgement because of their corruption records.

Timi Frank Frank, however, called on the international community to also ban judges and their immediate family members, who could not summon courage to deliver the right judgement. In a statement released to newsmen Thursday in Abuja, Frank condemned the court ruling ordering the detention of Omoyele Sowore for 45 days, he urged the United Stated of America, United Kingdom and the European Union to fish out corrupt and compromised Judges in Nigeria and enforce visa restrictions against like politicians.

The Bayelsa-born political activist wondered the type of offence that Sowore committed to warrant his detention for 45 days without trial in a court of law.

Frank described the detention order as the manifestation of what he described as a ‘Satanic collaboration’ between the executive and the judiciary to suppress opposition voices in the country, adding that Judges who are often quick to grant bail to corrupt politicians are afraid to release activists fighting for the socio-political emancipation of the country and her people.

He called on Nigerians not to acquiesce in the face of evil but to speak out and take the struggle to the door steps of corrupt Nigerian Judges in order to save the nation’s judiciary. “I urge the Judiciary to wake up because Nigerians are becoming impatient with the kind of judgements coming out from the temple of justice expected to be the last hope of the common man. “When people cannot get justice, they would sooner than later resort to self-help. Some corrupt Judges presently manning some courts should not add to Nigeria’s woes because posterity’s unavoidable judgement awaits both the Judged and the Judges. “It is expected of judge to be fair, bold and not succumb to intimidation from any angle.

The APC’s administration has a penchant for manipulating the nation’s judicial system but any Judge who cannot resist their presure should step aside now before Nigerians will rise against them. “I hereby call on Nigerians to prepare to take the protest to the door-steps of the judiciary as they are the biggest problem we have today. “Besides, I call on the USA, UK, EU and other members of the international community to fish out corrupt elements in the judiciary and place travel ban on them like some of them have done to the 2019 election riggers,” he said. 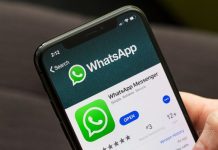