Starch, also known as amylum, is a tasteless and odorless white powder. While starch is the most common carbohydrate found in the human diet, it is also used at an industrial scale to synthesize beer, whiskey, and biofuels. Starch is an important part of the paper-making process as well.

The global starch market is currently growing at a CAGR of 4.4 percent and is expected to be worth $11.1 billion by the year 2020.

Trends in the Starch Industry

The global starch market is set to grow at an impressive pace. Since the highest demand is from economies that are still growing, it is safe to assume that the growth is well-sustainable. Now is an investor’s best chance to invest in the sector as more players are entering the starch market, and the existing players are amping up their capabilities. 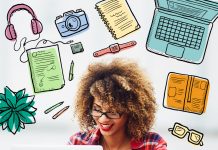