In 2013 at the African U-17 Championship, Isaac Success was the center of nationwide attention in the Manu Garba tutored squad as they breezed through qualifying for the tournament proper with the number 9 scoring lots of goals.

At the tournament however, one player from Taye Academy, Kelechi Iheanacho announced himself with a five-star performance against Niger Republic in the group stage as the Golden Eaglets fell to Cote d’Ivoire at the final hurdle to end up with the silver medal.

Fast forward to the U-17 World Cup in the United Arab Emirates later that year, Iheanacho was the poster boy of the tournament as he ended up with the Golden Ball as the tournament’s best player as Nigeria won the trophy.

Following his exploits at the U-17 World Cup in 2013, Manchester City moved swiftly to secure his services and in 2014 he joined City. Work permit issues meant that he had to stay at one of Manchester City’s sister clubs, New York City FC until his work permit was approved.

Subsequently, he joined up with Manuel Pellegrini’s side for the 2015/2016 season where he scored 14 goals for the side, including a hattrick in the FA Cup. 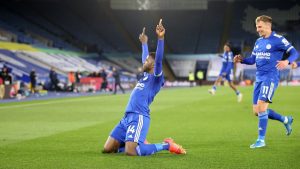 The arrival of Pep Guardiola at Manchester City however hampered the striker’s development at the club as the Spanish tactician gave him a reduced role at the club before eventually signing Brazilian striker, Gabriel Jesus in a move that decisively spelt the end of Iheanacho’s Manchester City career.

The then 20-year-old joined compatriot and former Flying Eagles teammate, Wilfred Ndidi at Leicester City in a permanent deal as he decided against going on loan moves from Manchester City.

Iheanacho’s move to Leicester City failed to pay immediate dividends as the striker struggled to break into the side with the presence of Jamie Vardy, and he was reduced to a cameo role, even losing his place in Nigeria’s Super Eagles as a result.

He was much maligned by the media and fans alike for his inability to claim a starring role at Leicester, a smaller club than Manchester City where he had come from.

The appointment of Brendan Rodgers as Leicester City manager was a huge turning point for the Nigerian striker as the former Liverpool manager showed clear belief in his talent, and the 24-year-old has repaid his manager’s trust brilliantly as his goals have propelled Leicester City into third place in the English Premier League.

The striker was named as the English Premier League’s Player of the Month of March, following the footsteps of Super Eagles legends Jay-Jay Okocha, Odion Ighalo and Osaze Odemwingie as the only Nigerians to have claimed the award, and scored his first Premier League hattrick against Sheffield United in March 2021.

For punters who engage in sports betting on NetBet, “Iheanacho to score” has been a sure stake in recent weeks as he has scored 12 goals in his last 9 matches. His 17 goals this season is the most by any Leicester City player, even more than the number scored by club legend and strike partner, Jamie Vardy. The seniorman has become quite the talisman for the Foxes, and his development has been beautiful to behold. 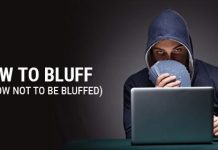 How to bluff in poker | learn the Bluffing tricks

Top 10 Advantages of 1xbet Over Other Sport Betting Sites