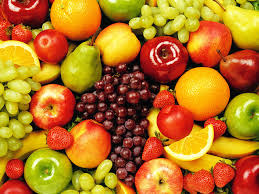 Introduction
Vitamins are organic
compounds that perform specific biological functions for normal maintenance and
optimal growth of an organism.  An organic chemical compound (or related set of compounds) is
called a vitamin when the organism cannot synthesize the compound in sufficient quantities, and it must be
obtained through the diet; thus, the term “vitamin” is conditional
upon the circumstances and the particular organism. For example, ascorbic
acid (one form of vitamin
C) is a vitamin for humans, but not for most other
animal organisms. Supplementation is important for the treatment of certain
health problems (Fortmann et al.,2013).

By convention the term vitamin includes neither other essential
nutrients, such as dietary
minerals, essential
fatty acids, or essential amino acids (which are needed in greater amounts than vitamins) nor the
great number of other nutrients that promote health, and are required less
often to maintain the health of the organism (Maton et al.,1993). Thirteen vitamins are universally recognized at present.
Vitamins are classified by their biological and chemical activity, not their
structure. Thus, each “vitamin” refers to a number of vitamin compounds that all show the biological activity associated
with a particular vitamin. Such a set of chemicals is grouped under an
alphabetized vitamin “generic descriptor” title, such as “vitamin A”, which includes
the compounds retinal, retinol, and four known carotenoids.
Vitamin by definition are convertible to the active
form of the vitamin in the body, and are sometimes inter-convertible to one
another, as well.These vitamins cannot be synthesized by
the higher organisms including man, and therefore they have to be supplied in
small amounts in the diet.Microorganisms
can be successfully used for the commercial production of many of the vitamins
e.g. thiamine, riboflavin, pyridoxine, folic acid,pantothenic
acid, biotin, vitamin B12, ascorbic acid, β-carotene (pro-vitamin A), ergosterol
(pro-vitamin D).
TYPES OF VITAMINS
There are 13 essential vitamins. This
means that these vitamins are required for the body to work properly. They are:
Ø  Vitamin A
Ø  Vitamin C
Ø  Vitamin D
Ø  Vitamin E
Ø  Vitamin K
Ø  Vitamin B1 (thiamine)
Ø  Vitamin B2 (riboflavin)
Ø  Vitamin B3 (niacin)
Ø  Pantothenic acid
Ø  Biotin (B7)
Ø  Vitamin B6
Ø  Vitamin B12 (cyanocobalamin)
Ø  Folate (folic acid and B9).
Vitamins are grouped into two categories:

These types of vitamins require
regular supply in the form of dietary sources or supplements. These are
nontoxic and easily absorbed into the body through the gastrointestinal tract
and then disseminated in the tissues. Water-soluble vitamins are carried to the body’s tissues but are not
stored in the body. They are found in plant and animal foods or dietary
supplements and must be taken in daily.Any excess quantity of this
vitamin consumed does not accumulate in the body. However, with vitamin B12
and B6 as exceptions, these are flushed out during urination. Most B
Vitamins act as coenzymes, playing a key role in the breaking down process of
carbohydrates, fats and proteins and transforming them to energy. This
regulates metabolism, besides promoting healthy digestive and immune system.

Mild
deficiencies can exceed 50% of the population in third world countries and in
refugee situations. Deficiency is uncommon in the United States and in other
countries that have wheat flour, bread, pasta, corn meal or rice enrichment
regulations. Flour, corn meal and rice have been fortified with B vitamins as a
means of restoring some of what is lost in milling, bleaching and other
processing. For adults 20 and older, average intake from food and beverages is
1.8 mg/day for women and 2.5 mg/day for men. An estimated 23% consume
a riboflavin-containing dietary supplement that provides on average 10 mg.
However, anyone choosing a gluten-free or low gluten diet should as a
precaution take a multi-vitamin/mineral dietary supplement which provides 100% DV
for riboflavin and other B vitamins.
Riboflavin
deficiency (also called ariboflavinosis) results in stomatitis including painful red tongue with sore throat, chapped
and fissured lips (cheilosis), and inflammation of the corners of the mouth
(angular stomatitis). There can be oily scaly skin rashes on the scrotum, vulva, philtrum of the lip, or the nasolabial
folds. The eyes can become itchy, watery, bloodshot and sensitive to light (Sebrell 1939)Due to interference with iron
absorption, even mild to moderate riboflavin deficiency results in an anemia with normal cell size and normal hemoglobin content (i.e. normochromic normocytic anemia). This is distinct from anemia
caused by deficiency of folic
acid (B9) or cyanocobalamin (B12), which causes anemia with large blood
cells (megaloblastic anemia). Deficiency of riboflavin during pregnancy can
result in birth defects including congenital heart defects (Smedts et al.,2008) and limb deformities (Robitaille et al.,2008).
The
stomatitis symptoms are similar to those seen in pellagra, which is caused by niacin (B3) deficiency. Therefore,
riboflavin deficiency is sometimes called “pellagra sine pellagra”
(pellagra without pellagra), because it causes stomatitis but not widespread
peripheral skin lesions characteristic of niacin deficiency (Sebrell and Butler.,1939).
Riboflavin
has been noted to prolong recovery from malaria,despite
preventing growth of plasmodium (the malaria parasite) (Das et al.,1988).

In other
animals, riboflavin deficiency results in lack of growth ( Patterson and
Bates., 1989), failure
to thrive, and eventual death. Experimental riboflavin deficiency in dogs
results in growth failure, weakness, ataxia, and inability to stand. The
animals collapse, become comatose, and die. During the deficiency state,
dermatitis develops together with hair loss. Other signs include corneal
opacity, lenticular cataracts, hemorrhagic adrenals, fatty degeneration of the
kidney and liver, and inflammation of the mucous membrane of the
gastrointestinal tract. Post-mortem
studies in rhesus monkeys fed a riboflavin-deficient diet revealed about
one-third the normal amount of riboflavin was present in the liver, which is
the main storage organ for riboflavin in mammals (Waisman
and Harry.,1944). Riboflavin deficiency in birds results in low egg
hatch rates (Romanoff et al.,1942).