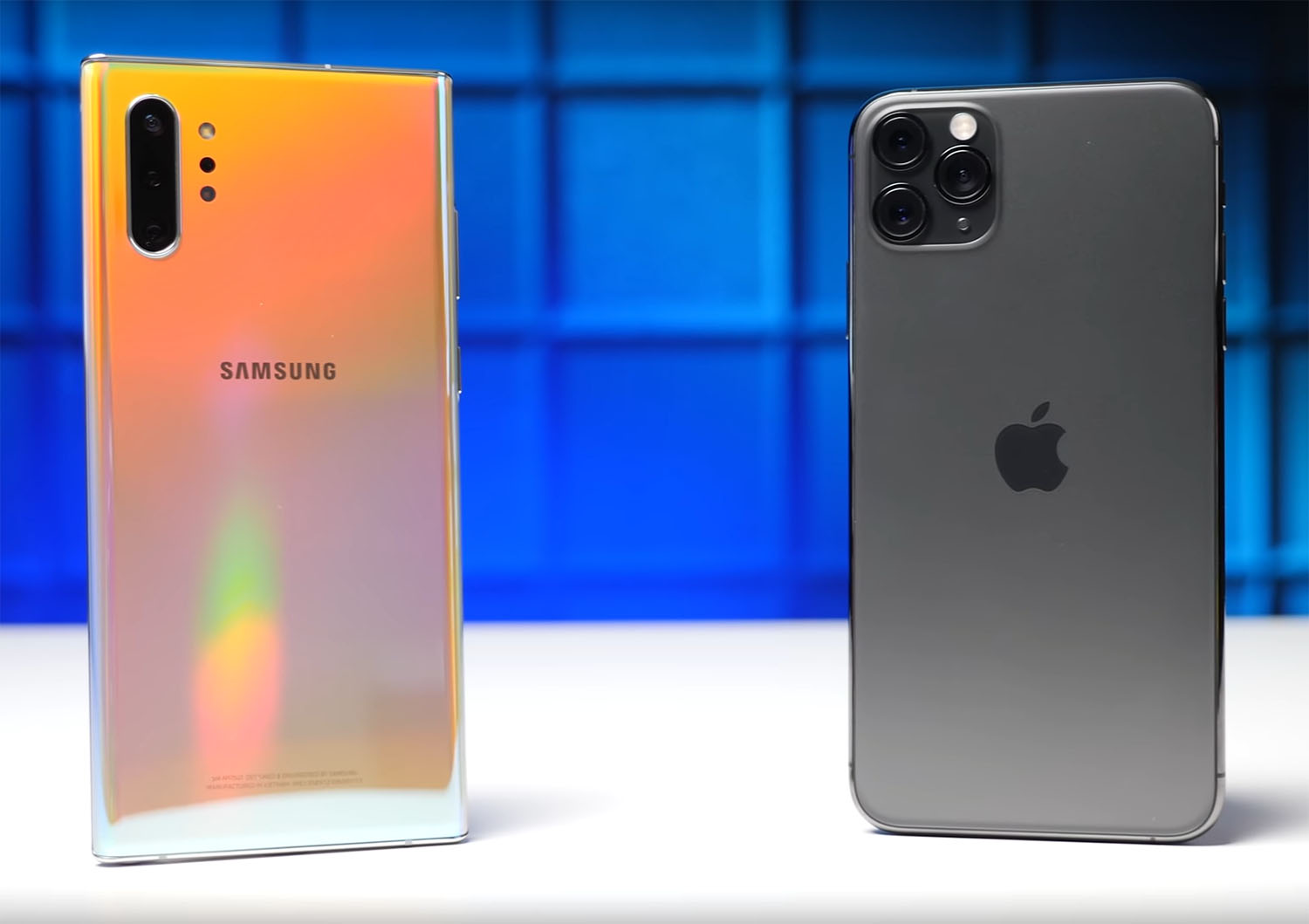 Both have some upgrades which have made them superior over their predecessors. In terms of features and price, both phones still stand out. But we are going to see the differences between Samsung Galaxy S10 vs iPhone 11 Pro and what places them away from others.

The OLED screen on iPhone 11 is very sharper and it has a ‘Super Retina XDR’. Apple has been able to keep the notch, which looks bigger especially in a year when phone manufacturers have been producing phones with a bigger screen.

For Samsung Galaxy S10 the front camera has been minimized to an ordinary single punch-hole at the right of the phone display. The fingerprint at the back of the phone has been removed in order to favour an in-screen sensor. Samsung has a better resolution to the iPhone which is just 1,125 x 2,436 pixels. CHECK OUT:5 Notable Differences Between Samsung Phones and iPhones. Samsung Galaxy S10 vs iPhone 11 Pro: Camera iPhone 11 Pro comes out with a third lens to its range of 12MP ultra-wide lens, which can capture a view of 120 degrees. The 12MP Main and 12MP telephoto lenses of both iPhone XS and iPhone X can capture great photos. Samsung Galaxy S10 launched a lens with a third wide-angle to its photographing setup, which has great results with a view of 123-degree. This view makes it have impressing photos compared to the main 90-ish degree lens. iPhone can take nice shots, but the competition has dropped due to software used in editing photos. Both phones can take better images. Samsung Galaxy S10 vs iPhone 11 Pro: Performance

iPhone 11 Pro has the latest A13 chipset. This has made it very fast in terms of performance. Apple has recommended it as the fastest chip that’s present in a Smartphone. The phone comes with another mystery chip ‘the U1’. This chip permits some devices protecting the same chip, and this allows it to play nicer. Samsung Galaxy S10 carries either ‘the Exynos 9820 or the US Snapdragon 855 chip’. These are powerful processors that enhance their performance. It will surprise you that none of this phone has 5G. Fortunately, both are very fast and capable to watch TV programs and play games. Samsung Galaxy S10 vs iPhone 11 Pro – Battery When Apple launched the iPhone 11 Pro, they didn’t disclose the actual battery capacity. There’s an ongoing rumour which has made it known that iPhone 11 Pro has a 15% larger battery of iPhone XS 2,658mAh. Which implies it has four more battery life than the usual iPhone XS. For the Samsung Galaxy S10, it has a battery capacity of 3,400mAh. This is larger than the battery capacity of the iPhone 11 Pro. Here Samsung has an advantage over Apple because it can act as a power source for other devices by charging them wirelessly via a wireless Power Share feature called ‘Reverse Wireless Charging’. It has a fast wireless charging which is available at 15W trashing Apple’s 7.5W. Conclusion In this article, we have seen the comparison between Samsung Galaxy S10 vs iPhone 11 Pro. The Samsung Galaxy S10 is the phone produce by Samsung at the moment. These two phones are made available in the market. It’s going a difficult one to choose between these two phones since they can capture good photos. RECOMMENDED LINKS: